The freedom of say «No»

When someone talks about the freelancer freedoms, everybody immediately think about managing the schedule or work from anywhere. While this thought is nothing incorrect, in this post I want to tell you about the biggest freedom of a freelancer: the freedom of say «No».

In my last job in a company I began as web developer and ended up the position of technical lead and project leader. Projects came up they were assigned to me, whether I liked it or not.

To talk about predilections it seems a little whimsical. After all, every project is work and at the end of the month is which assure us a living place, food, clothes and the way of life we have.

In other words, we could say that every project, if it is well estimated and budgeted, will give us benefits. But this is not always true.

Projects that take to much and give too little

Sometimes, a new project would appear. With just a glimpse of it I could already know that it would be a pain in the ass to develop it. But I could do nothing about it. My only option was to stay focus, prepare my team, make a plan and endure.

The truth is that I use to have a bad time with these kind of projects. And when they were finished I’d realize that I had lost more than I won.

Was it worth it? No.

The freedom to reject projects

These kind of projects come up also when you’re a freelancer. What’s the difference? Well, if you can detect these projects, then you can reject them and choose anothers more convenient instead.

In my opinion, this is the biggest freedom that I have as a freelancer. If I found something wrong about a project, either because of the client or because there’s no enough time to do it, I just don’t accept it.

Then, there are the others freedoms like managing your own schedule or the workplace. But compared to the freedom of say «No», they’re frivolous. 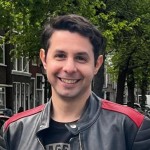